Ever wondered what intricate patterns might show up with a 3D rendering of the Mandelbrot set? Check out the Real 3D Mandelbrot Fractal. Here's a sample image with lots more, in high definition at the site: 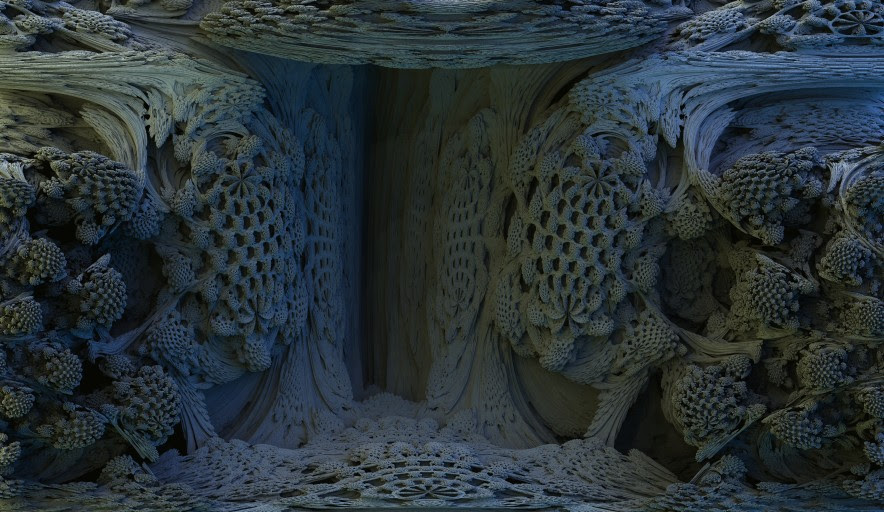 Email ThisBlogThis!Share to TwitterShare to FacebookShare to Pinterest
Labels: fractals

is one of the newer Skype phones that brings PC-less video calls to Skype. It’s an all-in-one unit with a 7-inch 800x480 touch-screen display, built-in microphone, speaker, webcam, wifi and ethernet, and jacks for optional external headset. The phone also comes with a rechargeable battery pack.

The touch screen and menus made it a breeze to setup and start making calls in a couple of minutes. Audio quality is great but the video resolution leaves a lot to be desired. The complete package is also rather bulky, weighing in at 1.6 kg (about 3.5 lb) and at 25.3 cm (9.9 in) tall. The photographs of the phone don’t highlight this aspect but when seen in-person, the phone is definitely heavy and huge! One of the big disadvantages of this phone is the lack of portability compared to the cordless/wifi Skype handsets. Since the focus is on video calls, it can only be used a desk, making it unsuitable for causal home use as a replacement for a landline. The phone would have been a better package if it also included a cordless or wifi handset for non-video calls. After a few minutes of use, these disadvantages outweighed the cool-factor of the video and touch screen, and I had to return the phone.

Email ThisBlogThis!Share to TwitterShare to FacebookShare to Pinterest
Labels: skype

Boxee, in their own words, “… is a social media center. With Boxee you can play videos, music and pictures from your computer, local network, and the Internet. You can also share with your friends what albums you're listening to, what movies and TV shows you're watching, send recommendations and more.” Hooking up a  computer running Boxee to a television is a great way to get access to tons of video and audio content from Hulu, Netflix, YouTube, BBC, Pandora and so on. Boxee’s got a lot of positive press lately. With the recent addition of the Boxee Remote application, the iPhone can now be used as a remote for Boxee via wi-fi. Here’s a video of the Boxee remote application in action: