Windows Live Writer was something that skipped my radar for a while since it’s a Microsoft product that I assumed was specific to Windows Live blogs. After a recent recommendation by Lifehacker, I learned that it supports multiple blogging platforms including Blogger and Wordpress. Adding support to an existing blog is a straightforward process – simply give Windows Live Writer the URL of your blog and it auto-discovers the blogging platform in use and prompts for your blog account information.

Once setup, it’s a breeze to use. It provides a full featured WYSIWYG editor for your blog that has support for uploading images, a built-in spell checker  and tagging support. It even applies your blog’s themes for previews. Being a standalone Windows application, it allows offline editing of your blogs.

Here’s a screenshot of Windows Live Writer in action in the construction of this very post: 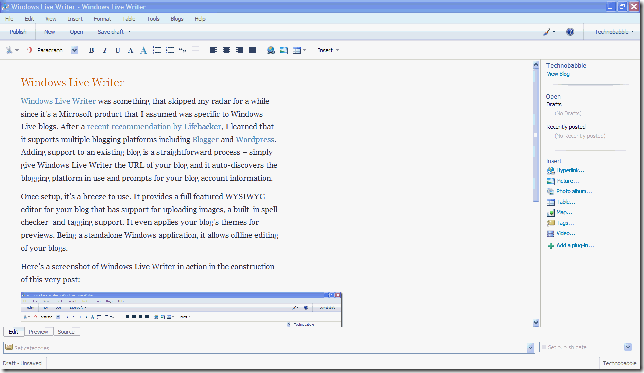 Definitely makes blogging a breeze. Expect more posts with this tool in a blogger’s arsenal. 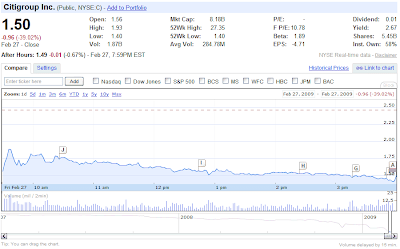 For a while Nuevasync has been the best choice for over the air synchronization of calendars and contacts with Google (including Google Apps). As a bonus, it has supported multiple calendar syncing since last month. (For contacts I've been using the iTunes data sync to Google Apps contacts.) With the recent announcement of Google Sync I decided to give it a shot expecting it to have better support than any third party sync with Google.

Since the iPhone supports only a single Microsoft Exchange Sync, I had to delete the existing Nuevasync configuration (after a backup!) and switched over to Google Sync. I was immediately disappointed on multiple counts:

The only positive was that it did sync. For a moment, I thought I would have to reenter all my contacts' birthdays (at least the ones I could remember) and forget about contact photos and multiple calendars. I then decided that Nuevasync was much better and went back to it. I also re-enabled the contact sync from within iTunes and to my relief it restored my original contact data including birthdays and contact photos.

Moral of the story: Nuevasync is still better than Google Sync.

It’s been seven years since the first post on this blog. What started right after the dotcom bust of 2001, continues through the global economic meltdown of 2008. After some housekeeping in the middle of 2007, many of the early posts were removed and backed-up since they didn’t quite fit the Technobabble theme (it was just Arun’s Random Stuff at the time). Seven years ago, blogging and Blogger were still in their early days. Blogger was still an independent company. Now of course, blogging is mainstream and twittering is the in thing.

Thoughts on what the next seven years will bring to the web?

Not being a C# programmer myself, it was interesting to find out that it supports a new modifier which can be used to hide a base class member in an subclass. Taking the example from the doc, consider:

It is possible to have a subclass like this: